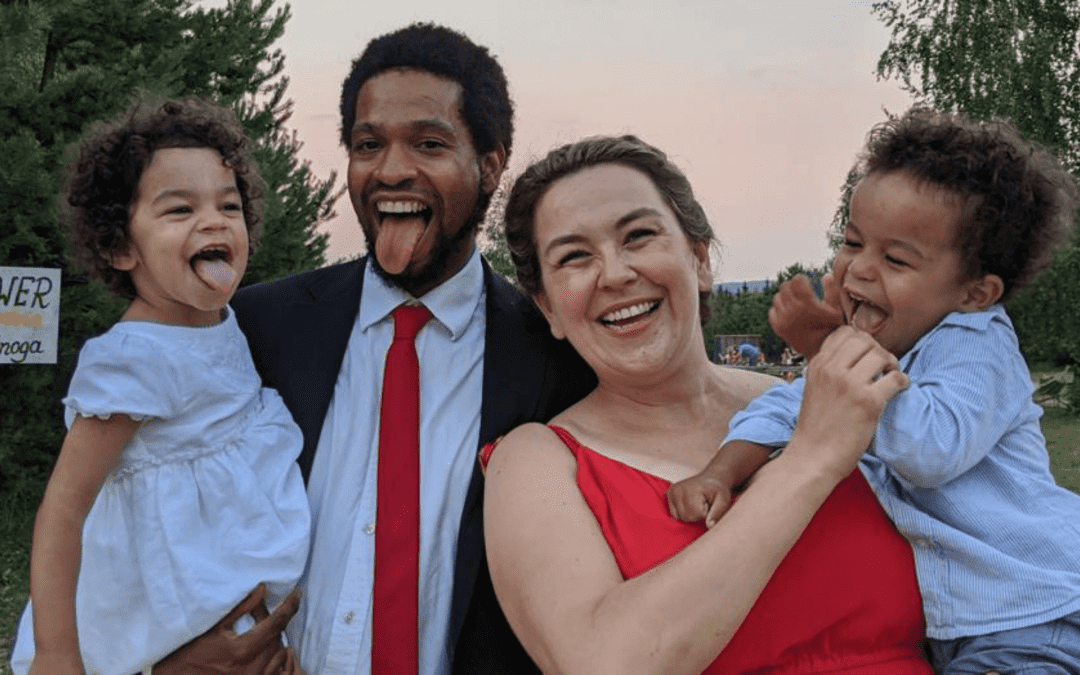 Being a parent isn’t easy…

nonetheless when you’re raising a family in a foreign country! Trust us, we know all about it. Your Friend in Paris co-founders, Justyna and David Simmons, are proud expat parents to their Polish-American 3 ½ year-old twins, Edward and Olivia. Their knowledge and expertise come from years of their first-hand experience dealing with and learning the ins & outs of the French childcare system, which allows them to provide high quality and professional services to other expat parents and families in the Paris region & beyond!

where they discuss their own personal experience with raising a family as expat parents in Paris:

Question: When did you both move to Paris?

Question: How old are your twins? What are their names?

Question: Were your children born in France or elsewhere?

Justyna & David: They were born in France.

Question: Where did you give birth & what was your experience?

Justyna & David: I (Justyna) gave birth to Olivia & Edward in a public hospital. I had a wonderful experience – I even had cheese, baguettes, and a hot chocolate waiting for me after I had given birth! I gave birth in a single room, the hospital was very clean, and the staff were amazing. Any time one of the doctors or nurses needed to do something, they made sure to bring all the equipment in the room, so my kids never left my sight. Not only that, but the medical staff was extremely attentive & they checked on me fairly often.

Question: Which childcare option(s) did you choose for the twins?

Justyna & David: We originally planned on sending the twins to créche, but we ended up hiring a nanny in the end.

Question: Why did you pick those option(s) versus the others?

Justyna & David: Unfortunately not only were we denied from créche (even though we had been promised that we would be given priority), but we also would have had to pay fees for each child, whereas with our nanny we pay her a salary, versus fees for both kids individually.

Question: What was your experience going through the créche application process?

Justyna & David: We applied to public créches only because we assumed that the private ones would be too expensive, but in reality, private créches can be the same cost as public ones if you take advantage of the benefits from the government.

Question: What lessons did you learn for both the créche and nanny hiring process?

Justyna & David: If you know how the system works, the system is not only manageable, but it’s easy to navigate. The biggest problem though is that you need to know the rules (which are not always obvious and/or logical).

Question: How does the childcare system in France differ from Poland or the US?

Justyna & David: Childcare in France is much more accessible, cheaper & better. Everything is all about positive discipline, Montessori, and the natural development of the child. Our kids dine on organic food – we joke that Edward & Olivia’s palates are more developed than ours at this point!

Hopefully you found the nuggets of wisdom from Justyna and David to be helpful for you and your family as you navigate the unknown waters of the French childcare system. If you’d like to speak with our experts one-on-one about your family’s specific needs for childcare, schedule your free 30-minute consultation today!