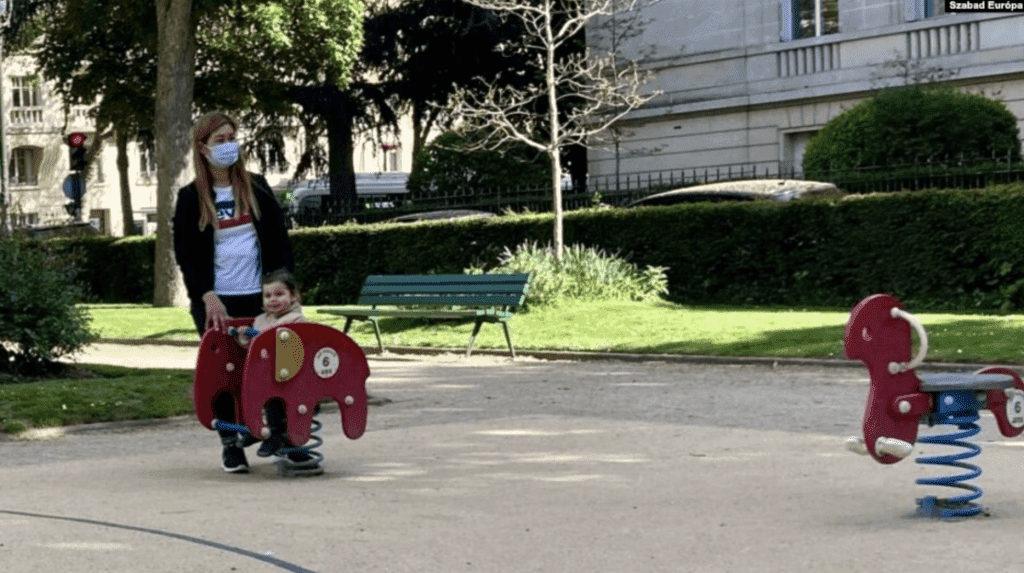 We’re all coming to Paris for a better life, after all

I grew up in Poland, behind the iron curtain, in the ’80s.

My friends’ parents fled to Western Germany, France, and the US for a better life, often leaving their kids behind with loved ones, knowing that they would come back for them as soon as they could. Sometimes this meant a few long years, while they were building their new life. They were all illegal immigrants.

Freedom was the word of those times.

We were not exactly imprisoned, yet we were not entirely free. Our passports were kept at the local militia station, and no contact with “The West” was possible without them knowing about it. However, there were a few things that the militia was unable to hijack. Amongst them was the absolutely iconic “Radio Free Europe”. We grew up hearing about it, but we were never allowed to listen. It was strictly forbidden.

Our parents would go to secret meetings where people listened to the station on secret radios. The bravest ones were having parties with “RWE” (AKA Free Europe). Creatives were singing songs and writing poems about it. That being said, it also served a far greater purpose than just entertainment. We could hear the voices of freedom fighters who gave us hope & joy. They lifted our spirits and gave us the strength and courage to dream of a better future.

A beacon of hope

Today, Radio Free Europe reaches citizens of countries where democracy and freedom are most at risk. Just like many years ago in Communist Europe. Although its formatting has changed from a radio station to a website, it still serves as a beacon of hope and a source of light for those who have all but lost it. It’s present in very few countries in Europe, unfortunately, Hungary now being one of them.

When Malik Game Szilvia, a journalist for Radio Free Europe in Paris, approached me and asked if I would contribute to her article, alongside experts such as a sociologist from the University of Lausanne, I was simply proud to be chosen. To me, it was a big deal. Because it provided me with a meaningful opportunity to create dialogue about a social justice cause that is near and dear to my heart.

France is a country which values human rights

Szilvia wrote a fantastic article about the life of undocumented Filipino workers, and how France provides them with the opportunity to regularize their status through their work. It only solidifies what we’ve always known: that France is a country which values human rights. At Your Friend in Paris, we’ve proudly helped implement this law for nearly hundreds of Filipino (amongst other nationalities as well) employees.

Take a moment to read through this excellent article:

We’ve translated and included a few important snippets from the article:

“French laws are very controversial. A company, for example, could never hire anyone who doesn’t have a work permit. But, if you’re an individual, it’s a gray area legally (…) because if you do it in good faith, you can’t be charged. There is also a very clear procedure on how to do it (…) how many monthly payments need to be certified, what needs to be done to make a report, but nonetheless, an illegal step must be taken to start the process. It’s amazing,” explains Justyna Simmons.

Simmons’ clients are also more than happy to help their employees reach the number of hours that they need. Your Friend in Paris hires nannies on behalf of their clients. They also assist with the application process for residency permits.

“We’ve also helped a Filipino family where the woman was a nanny. As soon as she received her permit, her entire family obtained the legal right to stay here. She can even bring her children to France with her under the country’s family reunification law. That’s awesome,”explains Justyna Simmons, founder of expat relocation company Your Friend in Paris .

“When we hire someone for a job, we give them the dignity and security they deserve. It is their right. If we don’t do this as employers, there can be serious consequences,” Simmons explains.

I was originally expatriated to France in 2007. I come from a project management background and still like to apply this methodology for out clients when handling large endeavors such as moving your life to Paris!

I am also a PCC level certified coach with the International Coaching Federation (ICF).

I can not only take care of all the intimate details of your relocation and administrative needs, but I am also able to take care of your mental needs and help manage the stress, fears and doubts (personal or professional) you may have while here.

Justyna Simmons, Co-Founder of Your Friend in Paris

We are your friends to lend you a helping hand and put you on the path to success in Paris. Whether it concerns coming, living or leaving we are a group dedicated to making life as easy as possible!

Sign up and get the FREE VIDEO
“French administration for Expats”

Relocating to or from Paris? Questions about settling in or everyday life?

You’re in the right place!

This website uses cookies to improve your experience while you navigate through the website. Out of these, the cookies that are categorized as necessary are stored on your browser as they are essential for the working of basic functionalities of the website. We also use third-party cookies that help us analyze and understand how you use this website. These cookies will be stored in your browser only with your consent. You also have the option to opt-out of these cookies. But opting out of some of these cookies may affect your browsing experience.
Necessary Always Enabled
Necessary cookies are absolutely essential for the website to function properly. This category only includes cookies that ensures basic functionalities and security features of the website. These cookies do not store any personal information.
Non-necessary
Any cookies that may not be particularly necessary for the website to function and is used specifically to collect user personal data via analytics, ads, other embedded contents are termed as non-necessary cookies. It is mandatory to procure user consent prior to running these cookies on your website.
SAVE & ACCEPT