Where to live in Paris suburbs as an Expat? Part 2 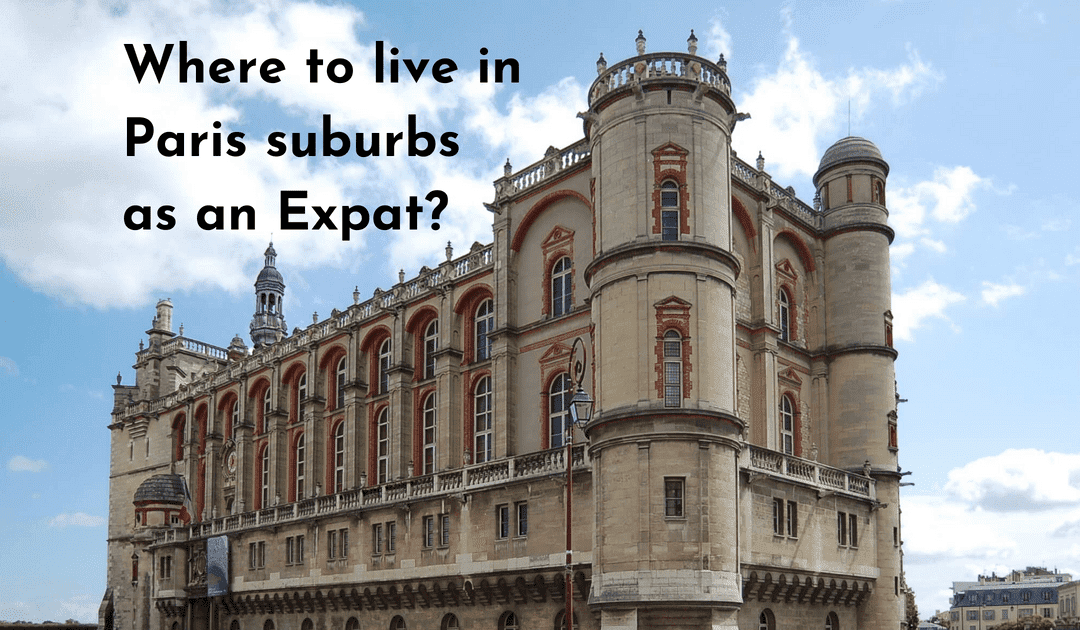 Saint-Germain-en-Laye – a little bit of history (we’re in France after all!)

It’s been the birthplace of Kings and has served as home to greats like Molière, Debussy, and Alexandre Dumas. On one side, its magnificent chateau sits high above the winding river Seine, looking east towards the La Defense business district and Paris beyond that. On the other, a thick forest is crisscrossed for miles by footpaths that invite you to explore. In between are cobbled streets filled with high-end boutiques. Chic restaurants with terraces spilling out onto open squares, and one of France’s top multilingual schools can also be found. All this, just a stone’s throw from Paris. Where to live in Paris suburbs as an Expat? Welcome to Saint-Germain-en-Laye.

Where to live in Paris suburbs as an Expat – The town

Located around 25 km west of Paris, in the department of Yvelines , Saint-Germain-en-Laye, with its chateau and royal hunting grounds, was a regular residence of France’s Kings. That is until Louis XIV (born in Saint-Germain-en-Laye) moved the royal court to his newly-built chateau in Versailles.

The chateau is impeccably maintained, and sits virtually in the town center. Its grounds, which are open to the public, are a popular spot for families. They come for the playgrounds, pony rides and the beautiful views towards the capital, of course.

But while in Versailles during the tourist season, locals might start to feel slightly outnumbered, Saint-Germain-en-Laye is very much a town for its residents or Saint-Germanois(e) as they prefer to call themselves.

“What I love about Saint-Germain-en-Laye is that it has everything. It’s a bubble – in a good way I mean” says Alfonso Castaneda, a long-time resident (originally from Mexico). “It’s just beautiful, the castle grounds, the high streets, and you can find everything you want here.”

A view of the Post Office at the Place du Marché

Like its smaller cousin Maisons-Laffitte just up the road, Saint-Germain-en-Laye is connected to Paris by the RER A trainline. It will get you to the Paris city center in half an hour, and to La Defense in 20 minutes. “It’s not so far from Paris, but also not so close” raves Alfonso. “And the wind comes from the west, so the air is very clean here.”

The town center is largely pedestrian, and absolutely crammed with classy boutiques (167 of them in total) and fantastic restaurants. My favourite is the Mexican restaurant El Sol Azteca (for a little taste of home!). You get the feeling of being at an open-air mall, albeit a pretty upmarket one. There is also a fantastic local market five days a week in the town square. There you can find everything from fresh fruit and veg to cheese (of course!) and antiques.

There is loads to do on the cultural, sporting and family front as well. From museums (including the national archeology museum) to theatres, to cinemas, to sports centers, to parks, to… well, you get the picture. Fellow Expat tips are the “AccroCamp” (obstacle course in the trees) in Parc de la Charmeraie for bigger kids and Square Feuillancourt on Rue Schnapper for the little ones. For any golfers out there, head out to the Golf & Country Club de Fourqueux offering 27 holes over three courses.

A major draw for international families is the famous Lycée International de Saint-Germain-en-Laye. It’s a public school that offers a unique bilingual education system. Covering primary school and up, it has programs for native speakers in 14 international sections. The languages include English (American and British), German, Italian, Spanish, Chinese, Russian, Polish, Danish, Dutch, Portuguese, Norwegian, Swedish and Japanese. It consistently scores among the top schools, nationally, in the French baccalauréat exams.

“There’s a very active community in the Lycée Internationale” shares Alfonso, who is a volunteer football coach at the school. “The parents of the different international sections organize events together. It is a truly international environment, which I’m not sure you could match at a pure bilingual school.”

But the education options in the town are far from limited to the Lycée Internationale. They include a large range of public and private schools, with several offering bilingual French-English programs. The Ecole Suger Bilingue, a British Council partner school, is among them.

There are lots of great housing options in and around Saint-Germain-en-Laye.

Some people choose to live in an apartment in town. That way they can walk out of their front door and onto a train to work. Others choose to live in a house further out of Saint-Germain-en-Laye (SGEL). Some further still, in one of the surrounding villages” says Cristina Bordage from local real estate agency AVLMA.

“You’ll need a car if you want to live outside of Saint-Germain, but parking at the train stations isn’t a problem. There are some absolutely lovely options – Fourqueux, Chambourcy, Saint-Nom-La-Bretèche, l’Etang-la-Ville, Feucherolles. During the week, you will have to commute 30 minutes to 1 hour, but once you’re home you can enjoy the peace and quiet.”

According to Cristina, the best time to be on the lookout for rentals is between April and June. This is when most families tend to give their notice, ahead of the new school year. A lot of supply comes onto the market, but there’s also a huge jump in demand. You’ll need to be quick to secure your place!

Over 10% of the population are foreigners, so there are lots of expat groups and activities going on, including within the town’s international association. **

“The Bitter End” on Rue Saint Pierre. In pre-COVID days (and coming back soon!) “you can find people chatting in all the possible languages that you can imagine.”

And in case you were wondering…

Yes, it is that Saint-Germain. Paris’ beloved football (soccer for those of you from across the pond) team Paris Saint-Germain was created from the merger of Paris Football Club and Stade Saint Germain in 1970. If that’s not enough to get the sports fans in your house excited, the team’s training ground is in Saint-Germain-en-Laye and many of the superstar players live in the area. Who knows, you could even bump into one of them at the market…